The ape house in Wilhelma in Stuttgart was created to offer the bonobos and gorillas a suitable environment in which to play and satisfy their natural urge to be active. Spanning 10,000 square metres, the complex is one of the most modern of its kind.

Wilhelma, the zoological and botanical garden in Stuttgart, dates back to the first half of the 19th century. In 1951, the first enclosure for animals of the African steppes was built, with Wilhelma getting its first apes seven years later. However, a lot has changed in animal keeping in zoos since this time. A new ape house – one of the most modern of its kind in Europe – was built for the bonobos and the gorillas in Wilhelma in accordance with the guidelines of the European Endangered Species Programme (EEP).

One complex, two enclosures
At around 10,000 square metres, the complex – which cost some 22 million euros to build – is approximately 14 times larger than the old enclosures. The elongated, S-shaped new building is home to two separate enclosures for the gorillas and the bonobos. The original, natural environment of the apes was incorporated as far as possible when designing the new complex. While the bright indoor enclosures with their terraced landscapes offer visitors the perfect conditions to watch the animals, the apes have privacy and quiet zones in the outdoor enclosures.

Large natural urge to play and be active
The fact that these intelligent animals live in communities and have a natural urge to play and be active were key aspects that had to be considered during the planning phase. For example, one of the special features of the new ape house is the bonobo cinema, where at certain times of the day the apes can choose between animal programmes, nature documentaries or animated cartoons by pressing the knobs on a monitor. Operating the food labyrinths, automatic water dispensers and ape showers also promotes their dexterity and intelligence. The animals can operate the showers via an IR sensor. The apes not only use the water for showering and playing, but also for drinking.

In addition to species-appropriate activities, the protection and safety of the animals are given top priority. This also applies to the drinking water supply in the enclosures. By installing the Mapress Stainless Steel piping systems from Geberit, the required hygienically perfect drinking water quality can be guaranteed. 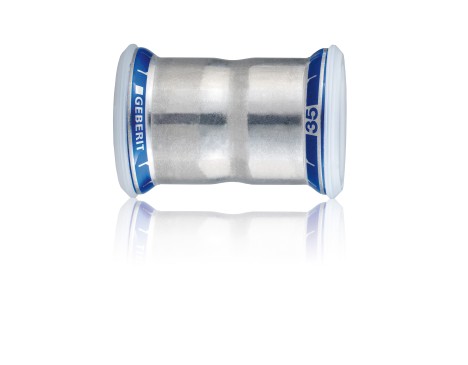